THE FRENCH HAD A NAME FOR IT 5

JUSQU'AU DERNIER
UNTIL THE LAST ONE

Simone Signoret and Raf Vallone are star-crossed lovers whose plans for a life together are subject to escalating obstacles in Marcel Carné's gripping, atmospheric adaptation of Émile Zola's novel. It marks Carné's piquant return to the provincial settings he'd last explored during the 30s pre-dawn of Poetic Realism, with perfectly-pitched performances from his stars, including a memorable turn by Roland Lesaffre, the man who holds the lovers' fate in his hands.

Right-hand man to Roberto Rossellini in the mid-40s, Marcel Pagliero is a fascinating triple talent (writer, director, actor) who figures strongly in post-WWII French noir, starring in classics such as Les Jeux Sont Faits/The Chips Are Down (1947) and Dédée D'Anvers (1948). Here he is behind the camera in a film that's his personal hybrid of neo-realism and the German "rubble noir," featuring the hardscrabble lives of laborers in bombed-out Le Havre in the desolate years right after WWII.

The story focuses on the desperate dissatisfaction of a married woman (the great Ginette Leclerc) and the trouble she causes to a labor leader (the taciturn Jean-Pierre Kerien) when she accuses him of killing her husband (the volatile Robert Dalban). It's brilliantly gritty, astringent noir long overdue for rediscovery! 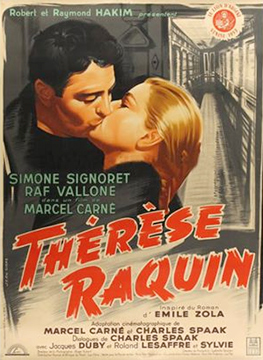 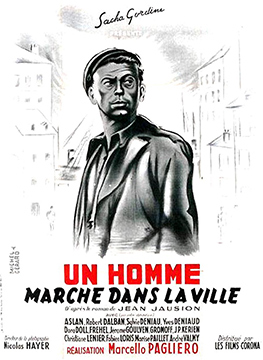 ► TICKETS for DOUBLE FEATURE starting at 7:00